We are all on Death Row 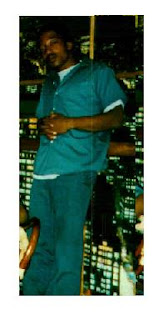 In the state of Wisconsin if ya sentenced to (a plantation)
prison, there’s absolutely no guarantee that the next day you’ll be livin’.
Unlike plantations in other states where ya worry about losin yo life,
by lethal injection or electric chair or by a crusty homemade knife;
the state of Wisconsin has a big ole secret that they don’t want us
to know, their secret that they’re tryin to hide is that we’re all
On Death Row.
This death row that I’m talking about is different from other states,
because at least in those other states yo demise is set by a date.
See here it’s totally different since the medical system’s so bogus,
a healthy person today would die tomorrow-w-out any given notice.
And don’t be no Black person gaspin for air & shakin, the
darkness of yo skin is a signal for them to say that you’re fakin. Instead
of dyin in minutes you’ll suffer at least one hour or more, just look
at how Donald-Michelle-& Kevin laid on the floor.
Then in come the spin doctors sayin “neglect” when it was murder,
& after an “ internal investigation” it’ll go no further.
And after several weeks the opportunists will lose interest, i.e.
the media and the politicians will go about their business. Their cry
For justice will wither away as if nothing ever happened, while the
Executioners come to work every day jokin and laughin.
Nevertheless I still assert the same thing desperately, that we must
all hang together or (most assuredly) we’ll all hang seperately. Even tho we
weren’t sentenced to death we must let our people know, that as long as
things are the way they are we’re all on Death Row.
Dated this 6-15-03 by Mr Rufus West
# 225213
Supermax
Posted by FFUP at 6:33 PM 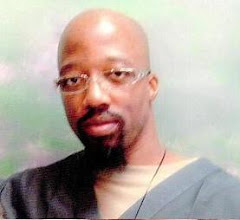 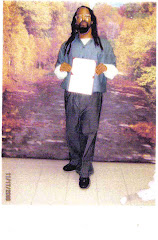